Brig Brother for the financial world? "No thank you!" 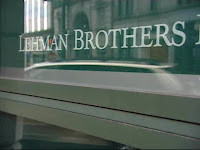 Interview with Giuseppe Pennisi
of Lanfranco Palazzolo, "Voce Repubblicana"
17th September 2008
The global financial crisis is not resolved by establishing a 'Big brother' that the financial controls in the United States. He told the "Voce Repubblicana" Giuseppe Pennisi, economist and professor of Development Economics.
Professor Pennisi, what can you say about the failure of Lehman & Brothers ?
"Do not talk of crisis in the U.S. financial system. But I think it is more correct to speak of crisis in the global financial system. I think it is a mistake to say that this crisis is all the fault of the Americans. I think a mistake. America is living with this crisis in the mortgage sector 'subprime'. Previously they were 'prime' and then became 'subprime'. This situation has occurred for many reasons. The first concern that has caused this shift is fear of international recession and the loss of use of buildings. "
As you are leading central banks to address the concerns of this crisis?
"Central banks tend to move so lopsided and think of preventing crises, in fact, so asymmetrical. Their criterion for action is the theory of markets. The governors of central banks believe that the information which the markets are full, in a sign of the system. Instead this is not the case. This is a diagnosis of the crisis that is ongoing".
Former Fed Governor Alan Greenspan said that this will not be the last crisis in the U.S. financial system.
"I spoke very often about these topics with which I have published articles on 'Libero Mercato' and 'Milano Finanza'. I wrote that this is a systemic problem that will always continue".
Because no one can find a system to monitor financial market in the U.S.?
"I wonder how people can think they can control the American financial market. The problem of the U.S. financial system is that people just have confusion with financial derivatives too complicated and with so much garbage inside. This crisis is not resolved by establishing a 'big brother' of international finance. You can not put a check on any financial promoter. I believe that if the United States had adopted the policy of accounting rules that there is in Europe, there would be these problems".
The French Minister of Economy Christine Lagarde said that this failure will not have a big impact Europe ...
"I do not know how to say this because we do not know what the cash flows of Lehman Brothers & with European banks. In Europe we have more stringent rules for credit than those of Americans. The only that can describe the real members of the Bank for International Settlements (BRI)".
Pubblicato da Lanfranco Palazzolo a 01:19 Nessun commento: