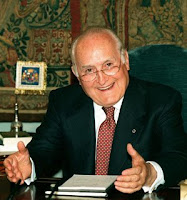 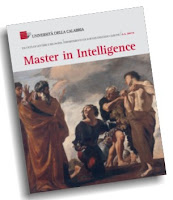 Speak Mario Caligiuri
The "Voce Repubblicana" 18th September 2008
by Lanfranco Palazzolo
The intelligence must be at the service of knowledge and with a view to preventing crime. Lo told the "Voce" Professor Mario Caligiuri, professor of pedagogy of Communication, that 3 and October 4 organized a conference to present the studies on Intelligence Center at the University of Calabria.
Professor Caligiuri, because you have decided to organize this conference?
"On October 3 we present the studies on Intelligence Center which is the first study on the phenomenon of intelligence especially for the Prevention of Crime and the 'ndrangheta, Calabria is in the ball at the foot of development. That is why we invited to the Conference on. Enzo Ciconte who is a member of the Anti-Mafia Commission. On October 4 there will be the inauguration of the second edition of the master law enforcement in the presence of President Emeritus of the Republic Francesco Cossiga, who is also Chairman of the Scientific Committee of the master".
What is the computerization in our country?
"Italy is a significant delay for computerization. It is no coincidence there is a 'cost' of ignorance in society that sees our country heavily penalized. This applies both to productive activities is in education. In our school, in addition to the delay of scientific knowledge, there is a delay in the use of new technologies. This can not but have a negative impact both on the economic and democratic".
Find the contradictory boom of mobile telephony compared to the delay in information technology?
"We are a country that uses more mobile phones. This is because there is a tendency to consumption of individual character. This depends on the values that are conveyed in our society. In addition, this also depends on the pressure of publicity campaigns. The delay of new technologies is much stronger within the government and within the world of education and research".
Because the university is still not computerized?
"The situation is differentiated. There are universities and other further back. For communication between teachers and students still prefer the traditional dialogue than the Internet. Many steps have been made in recent years. But we are still behind the more developed economies. As for the school, the economic problems arising from the need to pay many teachers. This situation makes it difficult for computerization of schools. The same goes for the university. In 1861 there were 20 universities in Italy. Today there are about 100. This proliferation has contributed to increase graduates in Italy. But that has lowered their quality".
Pubblicato da Lanfranco Palazzolo a 00:05 Nessun commento: