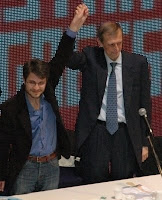 The manifesto of Pd's youth is unconstitutional. Said the italian radical Giulia Innocenzi, aspiring candidate in the primary election in the youths italian Democratic Party's. Here's what he told the "Voce".
Giulia Innocenzi, as did the idea of his candidacy for the primaries of Pd's youngs? What results did you get?
"We achieved the publication of the regulation of primary elections of the young people of Pd. And then we got an extension for collecting the 600 signatures for submission of applications is next on October 3th. Now we must continue the battle for the constitutionality of the founding manifesto of the young people of Pd. The candidates for secretary of Pd must sign this document".
Wath do you think about the youth's manifesto?
"In this manifesto, the chapter 'for a new political culture' is a statement not acceptable. The description of young Democrats is done with this sentence: 'A generation that has never voted before Uliv 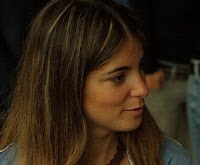 o nothing and then the Democratic Party or who has never voted any party'. This phrase, which at first could not arouse interest, is a real investigation of past political views of young Pd's. This is a blatant violation of Article 48 of the italian Constitution provides that the secrecy of the vote and 16 of the Constitution which provides for freedom of association. You do not accept that a person has voted another party that is not Ulivo or Democratic Party. In the past I voted for the Radicals to past elections. Then in poster founding does not admit the possibility to change their choice".
How did the choice of Mp Andra Orlando to entrust the task to monitor these primary?
"There was a story in which the public was assigned this role to Orlando. I learned by young democrats that I may have said. The lawmaker said that is reviewing the matter and will respond to me".
Who was drafted the manifesto Pd's young people?
"From 'the table of national Pd'. That body no longer has any task. The manifesto is a statement of intent prolix in which you use a language in which stale does not take a position on anything. "
You know who will win the primary youth?
"The primary winner will be Fausto Raciti, secretary of the Left youth (Sinistra giovanile). The exponent of the young Margherita Pina Picierno had obtained the youth's shadow ministry and Raciti was practically designated to drive the Pd's youth. This was their calculation. But they had not expected my candidacy a democratic party. Just as Marco Pannella asked in the'50s".
Pubblicato da Lanfranco Palazzolo a 11:37 Nessun commento: