Voce Repubblicana, 2 october 2008
Interview with Paolo Butturini
by Lanfranco Palazzolo (preview)
The first newspaper that is likely to disappear with the cuts to publishing is “Liberation”. He told at the "Voce" the Press Secretary of Rome Paolo Butturini.
Paolo Butturini, which risks running newspapers party with the cuts to publishing?
“The article 44 of Tremonti’s act also had an impact on public funding for party newspapers and other media party as the Radio and television stations. This is very heavy cuts that around 30-40 percent. Is unacceptable that make cuts retroactive. The cut also covers funds that had already been allocated and planned for this year. We don’t oppose to the rationalization of these resources. But we want this money actually goes to those who produce information and employment”.
What newspapers are at risk?
“The first danger is that newspaper ‘Liberation’. The newspaper of the Communist Refoundation suffer two losses: the loss of funding allocated to publishing and contributions for the party, which is the sole shareholder of reference dell'MRC (the society of “Liberazione”). After the death of the party from Parliament came to miss the contributions for the newspaper. This has created a double hole in the budget. Then there are other newspapers as ‘il Manifesto’,' la Padania '. The deployment of newspapers that may not be published covers learning of all policy areas”.
There are newspapers that have been improperly received money for newspapers party?
"This was a mistake. As ASR, we think it is appropriate to revise this law. Today it is no longer possible to 'play' of the three parliamentary then taken to receive the money publishing party. However, there are bodies that have also employs many journalists. From this point of view I share what it says the writer and journalist Gian Antonio Stella: If you want political reform should start by more than from newspapers party. We should start from the salaries of parliamentarians".
What is happening in the editorial offices of LA7 and Sherpa TV?
“The system of RAI-Mediaset and Sky has reduced the resources market. The issue is very delicate. The employees of TV and Radio does not have the social safety nets provided by 416 act. LA7 television was requested dismissal of 25 journalists, ¼ of force drafting. In the case of Sherpa tv we are faced with trying to ignore the union of journalists. The company was put into liquidation. In both cases we are dealing with an editorial policy wrong, made of megalomania, such as de LA7, or not publishing interests, such as Sherpa TV”.
Pubblicato da Lanfranco Palazzolo a 12:40 Nessun commento: 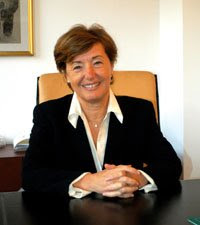 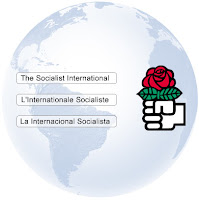