Interview with Raffaele Ascheri
by Lanfranco Palazzolo
Voce Repubblicana, 4 october 2008 (preview)
Siena’s curia manages substantial assets and an extraordinary power. He told at the “Voce Repubblicana" Raffaele Ascheri, author of “The caste of Siena”, essay on the powers of the Tuscan town. This book represents a unique case because no Italian publishing house wanted to publish the essay.
Raffaele Ascheri like the idea of writing a book on the powers of the caste of Siena?
"My book was the best sellers in Siena for months. The copies were purchased about 6000. Remember that Siena is a city that has about 60mila inhabitants. I had long been the material to write a book on Siena. The drop that made the vase overflow was the request of trial for the bursar of the curia of Siena, Father Giuseppe Acampa (now monsignor). For the city was lightning in the blue. But the news was not published by any newspaper. The news came just knew it was translated from national data de 'the Republic'. Here I understood what kind of roofing policies were on this case".
What they told his fellow citizens about the book?
"I had many opinions. Certainly not taken by those targeted. From a legal no politician has intervened. Instead, the Curia has been seen sue me for damages and asking myself 600 thousands of euros damage. Then there will be discussion and then we will see how will end".
As they conducted the basis of Siena Catholic church?
“Most Catholics are against the Sienese managerial curia of the city. No one knows the assets of the curia Siena and its business”.
What is the heritage of the curia Siena?
"It is not known. On 2 April 2006 there was a fire in what has been lost documentation of the curia Siena. The accusation of fire fell on Professor Franco Nardi who was archivist of the curia. Nardi was subsequently acquitted of all charges. Now the economist of the curia, Msgr. Acampa, in the book that I have defined as the Bishop, mons. Marcincus local, is investigated for slander”.
Some political Siena spoke on these scandals?
"No, nobody said anything. No politician has spoken. "
What kind of heritage manages the curia?
“The curia of Siena has many properties and even manages a restaurant that is under the palace and the archdiocese is called ‘the streets of taste’. The restaurant was managed by the same Acampa. The prices of restaurant market. The bishop of Siena has done a power of attorney in which he delegated to his bursar managing total assets of the curia. A case of this kind did not occur anywhere in Italy”.
The alliance of left parties and Democratic party what they did?
“Nothing. Only National Alliance (right) protested for a few days. Then silence”.
Pubblicato da Lanfranco Palazzolo a 15:31 Nessun commento: 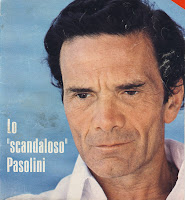 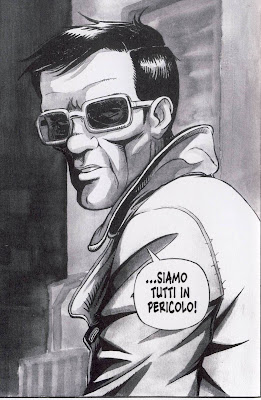 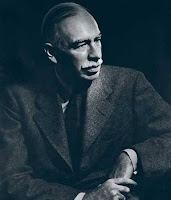 We don't need of Keynes 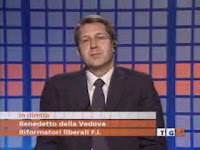 Interview with Benedetto della Vedova
Voce Repubblicana, 3 october 2008
by Lanfranco Palazzolo
This government has its credibility. That is why the intervention Berlusconi has been traced back Unicredit. Bendetto Della Vedova said, Member of italian Parliament (PDL).
MP Della Vedova, was voted the rescue plan Monday rejected U.S. economy?
"I believe that the adoption of a text has been revisited the solution more predictable. All major U.S. officers had the fact that a plan for salvation the economy should be approved. I do not know what I would have done monday. But I would be most happy to approve this law in the second version, with corrections. Certain, I do not think that what made on site is a saving plan for the economy. But I think in this stage is necessary to approve this measure".
Do you think we can avoid recourse to the State - and then Keynes - To save the economy as happened in the'30s of last century in the U.S.?
"We need to understand what really happened. I am not referring to the crisis finance. I think that in the mortgage crisis there are responsibilities very large. Without the U.S. plan for 'a home for all', without the behavior of agencies Fannie and Freddie - which are and parastatal agencies have encouraged the moral hazard on securities and loans - without the policy of cheap money, not we arrived at this point. I do not think it Keynes serve. I think at this stage - in part because there are political responsibilities and also because I believe that the state remains a crucial player - I do not think that we need other State. I am not ideologically contrary to public intervention. But we must understand where there is a shield and what the risk government intervention to banks. If anyone thinks that this situation can propose a re-nationalization of the banking system do not believe that This serves. "
What do you think the situation on the Italian banking system?
"We should understand what's in the belly of these giants or 'little giant'. So I do not know if these are speculations or if we face to attack other interests. And I do not know whether there is information - That we do not know - about the possibility of an involvement direct the financial crisis. We have to wait. For Unicredit and for other European banks is still early to give an opinion".
How does the attack of the 'Financial Times' accession to Unicredit's chief Alessandro Profumo?
"We will see who will be right".
The words of Silvio Berlusconi was crucial to the resumption of Unicredit. In its place if there had been Massimo D'Alema and Piero Fassino what would have happened?
"I think about these events is put at stake the credibility of a Government. And 'no doubt that this government is reliable. For this Berlusconi's intervention has had its impact".
Pubblicato da Lanfranco Palazzolo a 00:03 Nessun commento: