Interview with Roberto Nencini, leader of italian socialist party.
"Voce Repubblicana", 14 october 2008
by Lanfranco Palazzolo
We are preparing a surprise in view of the debate to reform the electoral law for the European elections. He told at the "Voce" the secretary of the Socialist Party Italian Riccardo Nencini.
Mr Nencini, what are the initiatives of the Socialists in this period?
"In recent days the Socialists have put in four initiatives public to give new protections to the world of job insecurity, the living, civil rights (recognition of civil unions) and, finally, the emergence of a Constituent Assembly. There are four public campaigns that are based on legislative proposals submitted and deposited in Cassation thanks to a specific article of the Italian Constitution. None of the three networks Rai has informed the fact. And this is why the hunger strike in a total absence of pluralism in TV by the state TV".
When you announced these initiatives have been challenged by everyone?
"This initiative has spoken only the main newspaper of Tuscany, 'La Nazione'. But the silence was total. None of the three public networks said nothing even though the news was delivered by the major news agencies. I have personally spoken with many journalists and directors of newspapers, with journalists and directors of Rai. I also talked with the President of Rai Claudio Petruccioli".
What the President said of the board Rai?
"He told me that I had absolutely right that these things should not happen, adding that Italians should know this type of campaigns. But the 'right' has not gone to the facts as the Rai did not give any news about these initiatives. We also met the President of the Republic who has confirmed the need for greater pluralism television".
What you have developed relationships with other parties and the Pd?
"We have kept good relations with the Pd and other forces of the Italian reformist left. But we were still at this point. We want the center has the best result possible in the next elections. " What is the situation in Abruzzo, where Voting for the region in November? "Here what happens feared. Italy values does not play for the coalition, but to increase his party. There will present us with a list that is given to 3%".
Wath do you think about the reform of the electoral law for European elections?
"We are favorable to the preferences, against the barrier. The Pd is trying to oppose the elimination of preferences. We are collecting signatures to prevent the preferences are removed and we are also preparing a surprise for the days when there will be discussions in the classroom".
Pubblicato da Lanfranco Palazzolo a 22:37 Nessun commento: 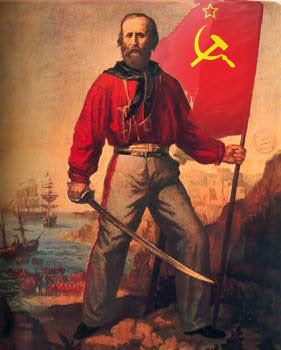