the untimely porposal of opposition 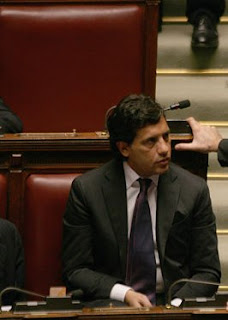 by Lanfranco Palazzolo
"Voce Repubblicana", 15 october 2008
The opposition is aware of the delicate moment that the country is going through. But go to the square on October 25 is an untimely proposal. He told the "Voice" Mp Giorgio Jannone (PDL), a member of the Finance Committee of the italian Parliament.
Mp Jannone, what are its ratings on the two decrees presented by the government to address a possible financial crisis of the banking system?
"We have to record the timing of the Italian government and European Union countries on the crisis. This time was Europe to support the efforts of the United States to support the financial system. The plan Paulson was appreciated because there was a similar European initiative. The European Union has shown that it can be united in a moment like this. Actions such as these give stability and certainty to the economic and financial system. Say that the reaction of international stock exchanges Monday was especially emotional. The European exchanges have not yet seen what are the points of the decrees issued by individual governments. I am not enthusiastic rally in front of the grants that we saw Monday. What has been done is very important. We need to see if what has been done is sufficient to verify the collapse of the system".
How does the fact that only Unicredit has recapitalized and have not done other banks?
"Unicredit bank was definitely the most exposed and most at risk. So it was absolutely necessary recapitalization. Our banking system is more robust systems of other European and worldwide. This does not exclude that other banks are soon forced to recapitalize".
The Premier Silvio Berlusconi said that we should not give a signal statalitation of the banking system. Because in Europe it is easier to think statalizzazione of the banking system?
"The United States is the birthplace of economic liberalism. This crisis calls into question many convictions on fiscal policy in recent years. The situation that the Americans are experiencing is the exact opposite of what Americans have preached until yesterday. In Europe we are more accustomed to the rule in times of crisis, but also normal".
How do you think the opposition has behaved in this delicate phase for the country?
"I need to check what will be the approach of these decrees law in parliament. I hope that there is a mature attitude. The opposition seems to me that there is proper awareness of the difficulties that the country is experiencing. I regret that there is this event on October 25, which is poorly to define untimely".
Pubblicato da Lanfranco Palazzolo a 02:30 Nessun commento: 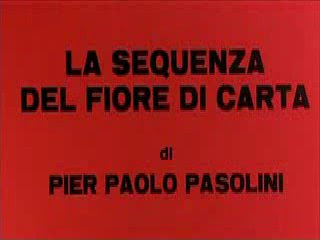