The friendships dangerous of Pius XII 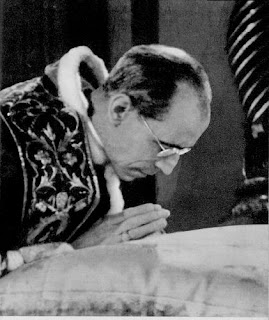 Voce Republicana, 21 October 2008
by Lanfranco Palazzolo
The Catholic Church has tried for years to prove that you were dealing with Pius XII to demonstrate that it was against the persecution against Nazism. In reality only wanted to lose time. He told the "Voice Republican" Marco Aurelio Rivelli, author of the essay "God is with us. The Church of Pius XII accomplice of Nazi"(Kaos Edizioni).
Professor Rivelli, because he wanted to write a book on Pius XII and then controversially securities so?
"'God is with us' was the term used Wermacht soldiers committed during the Second World War. But even the SS had written in their divided the words 'Gott mit uns'. That was the maxim of the SS which was also put on the swastika. This is to clarify why the title".
You had already published a book highly controversial with the Croatian Catholic Church?
"Yes, this is de 'L'arcivescovo del genocidio' (Kaos) which tell the silent complicity of the Roman Catholic Church in the massacres of Orthodox Serbs, gypsies and Jews occurred in Yugoslavia during the Second World War. Later I wanted to talk about the Pope of that time: Pius XII. In my book on Pius XII I wanted - in the first 200 pages - describe the role of Pius XII. So far, many have written to the silence of the Pope. But in my book I talk about the career of Pius XII in following him since he was apostolic nuncio in Germany. Letters sent by the Vatican shows the figure of a man linked to anti-Semitic feelings. I found a letter in which Eugenio Pacelli speaks of a communist Hunchback defining jew even when talking about women of easy morals refers to Jewish women, in another letter speaks of a communist and dirty jew"
You believes that Pius XII was racist?
"I found a match in which the future Pius XII spoke of colored French troops who were in the area of employment in Rhineland in just flattering".
What think you have given with his book on Pius XII to understand this figure?
"Until the publication of my book there was not an essay that spoke ascent of Eugenio Pacelli in the Catholic Church. With my essay I wanted to talk about this lesser known aspect of this pope".
What can you say about bankruptcy in 2001, the Joint Commission which was formed by Catholic and Jewish historians to clarify the responsibilities or omissions of the Pope with the Nazis?
"The Vatican has announced many times that pull out documents that demonstrate the opposition of this pope to Nazism. But these documents have never left. The Church has always wanted to believe that you were dealing with the matter. In fact, looking only to lose time".
Pubblicato da Lanfranco Palazzolo a 21:15 Nessun commento: 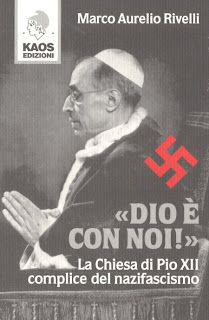 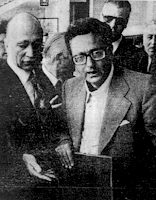