The return of "profiles" in Italy 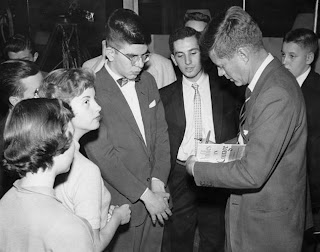 The lesson that we have left Kennedy in "Profiles in courage" was to add what is right to what is appropriate for your political career. He told the "Voice" Senator Lucio Malan, who has cared for, as President of the Foundation Italy-USA, the preface of Portraits of the courage of John Fitzgerald Kennedy coming out these days by "Alberto Gaffi editor in Rome" with the translation of Marina Pescia.
Senator Malan, known as the Book of JFK?
"I am honored to have written a brief preface to published by 'Alberto Gaffi publisher in Rome'. I knew this book when I have spoken to publish in the normal way this book in Italy. I must say that reading this book was truly remarkable experience to know the personality of the author through the men that Kennedy describes in his text. In this book we emphasize certain virtues, certain qualities that John Kennedy certainly has tried to apply to himself in his political career".
Why Kennedy wrote this book?
"The book was born in a particular circumstance. Senator Kennedy had suffered a very delicate back. The eight senators referred JFK speaks in the book had a very special courage to take unpopular positions very difficult and opposed within their party. And even by their own voters. Obviously Kennedy does not say that you must turn against their own constituents. But stresses that in the rare cases where it is considered to make difficult choices it takes an uncommon courage to the point of jeopardizing his political career in the name of what is considered fair. "
It was asked why Italy have been published many works on Kennedy and "Profiles in courage" by Kennedy, remained concealed?
"It would be easy to condemn the Italian publishing for lack of courage that perhaps in some cases there was. I must say that what draws in this book is mainly the author rather than the argument. If one goes to see the names of these 'Profiles' characters will completely unknown. I believe that very few Italians have heard of the Mississippi senator Lucius Lamar, Edmund Ross. Only someone may have heard of Sam Houston, Texas senator. I believe that the most popular book is John Quincy Adams. The argument may seem confusing. Perhaps this is why nobody has thought of publishing the 'Profiles' in these 40 years".
What has appreciated more in this book?
"I was struck that in the examples of courage Kennedy has always avoided talking about himself. This brings honor to JfK".
Pubblicato da Lanfranco Palazzolo a 22:56 Nessun commento: 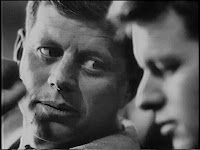 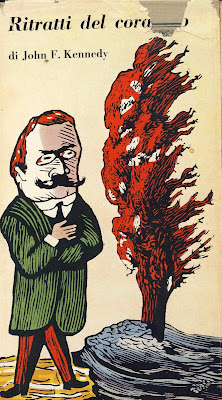