No racist tension for Barack Obama in US 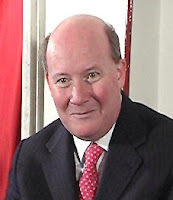 Inteview with prof. Massimo Introvigne
Voce Repubblicana, 4 November 2008
by Lanfranco Palazzolo
Today only a minority of Americans would feel disturbed from having a President of color. He told the "Voce" Professor Massimo Introvigne, a scholar of new religions.
Professor Introvigne, what is that Obama is the candidate of religious minorities and the oppressed in the United States?
"I am in Chicago, the city of Obama, with the greatest conviction on his victory. The impression is that religious minorities does not change anything because a policy of protection of religious minorities and human rights was initiated by Bill Clinton and then continued by George W. Bush and has a considerable bipartisan support. So the two main parties agree with this choice with various institutions and committees that publish annual reports on the state of religious freedom in the world. What is less positive is that the Clinton administration that Bush has made gestures that never led to anything decisive. I refer particularly to the situation in China where they were published of protests against the violation of religious freedom. But in the end, trade relations have always prevailed. I think whoever is the next President of the United States will be limited to the disapproval of the rite. But without this get to the break with the economic super powers. Also because the economic situation does not recommend it. This is also the attitude of the Italian government".
Do you think that in this election campaign the Democratic Party has expressed some tension racist?
"No, I don't think. Indeed, I believe that the race factor has been mentioned very little and absolutely marginal figure in American politics. This shows - even the enemies of the United States - since that of Lyndon Johnson years and years of racial peace have achieved their purpose. Today, only a small minority of Americans would feel disturbed to have Obama as President of the United States. Moreover, the Republican Party has had two Secretaries of State color as Colin Powell and Condoleeza Rice. The Republican Party has demonstrated that it had no prejudices".
Barack Obama may be called a leftist candidate?
"It is only a liberal candidate on moral issues. Obama has liberal ideas on issues like abortion or stem cell. Un po 'less on gay marriages, which says that he opposes. On these issues Sarah Palin and McCain have positions closer to the Church. The American Church indirectly supports the Republicans. But economic programs on the two candidates have different policies even if McCain accused Obama of being a socialist and the latter replied by saying that it is a tool of big business".
Pubblicato da Lanfranco Palazzolo a 23:10 Nessun commento: