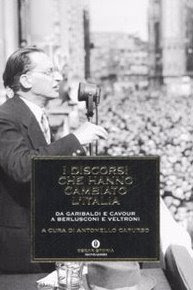 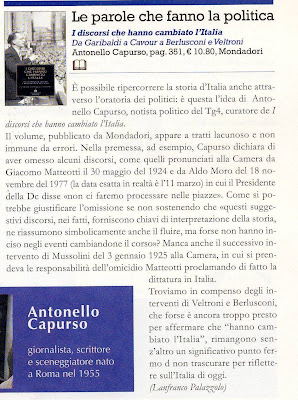 Interview With Tito boeri
"Voce Repubblicana", 18 novembre 2008
By Lanfranco Palazzolo
It is now necessary to take measures antirecessive. This explains the "Voce Repubblicana" Tito Boeri economist.
Prof. Boeri, what do you think the outcome of the summit of G20?
"The summit has not decided. There are no results from this meeting. From this summit we realized that the G8 is no longer the place to manage the international coordination of economic policies. On the eve of the G8 presidency of Italy should take an initiative to expand this forum to China, India and Sudcorea. This would add 8% of GDP to global economic policies of the majors.
Bankitalia's Governor Mario Draghi warning of recalls that as the worst of the crisis have yet to come?
"I agree with Draghi. So far we have seen a crisis which took place on financial markets. The repercussions of this crisis will feel the families who have investments in financial markets. In Italy the crisis concerns a minority of families, rich ones. Now the crisis is transmitting to the real economy is through close and credit business is through a decline of confidence that threatens to graft vicious mechanisms of declining production and cause a recession. We need measures antirecessive".
Believes that the Italian banking sector is past the worst moment?
"I do not think that there are crises of insolvency. It seems obvious that the Italian banks to recapitalize we need is obvious. Not necessarily be able to find these funds on financial markets in the short term. There might be a need for state intervention. I simply note that while all European countries have a plan, Italy did not have it yet".
Think that the two decrees made by the government are inadequate?
"When I made them I praised. And I said that those decrees were the right thing to do. But then I was expecting a thorough work on the plans. But here we continue to think about different scenarios. And there is no plan yet to be made public. Meanwhile continuing speculation on the stock exchange. This no fits".
The Governor of Bankitalia the Government should stimulate new initiatives?
"I think that the Draghi play this role. The problem is the italian government. We must act on tax policy that is the only effective weapon to use. First of all, should make the r

eform of unemployment benefits. This is a decisive step to give cover to those who lose work. The Government must invest more when things go wrong and spend less when things go well".
With the arrival of Obama there will be a return to Keynes?
'It is difficult to say. His program is less radical than Hillary Clinton. And the scope of the new president are limited".
Who is Tito Boeri?
Pubblicato da Lanfranco Palazzolo a 02:34 Nessun commento: