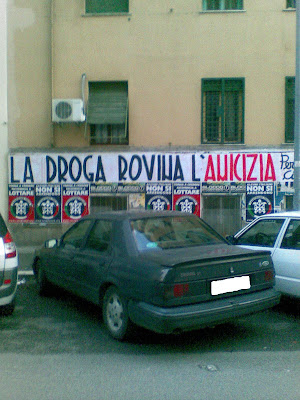 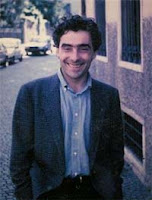 Interview with Tito Boeri
Voce Repubblicana, 24 january
by Lanfranco Palazzolo
The first challenge for Obama is to go to Congress his economic proposals by February. This explains at "Voce Repubblicana" the economist Tito Boeri, professor of labor law at Bocconi University in Milan.
Professor Boeri, you wrote the introduction of the book by John R. Talbot entitled "Obamanomics." The book provides useful information for understanding the economic policy of Obama?
"Yes, although I must say that it helps to understand what was the Obama phenomenon and its election campaign. I found this book very interesting because it explains how it was handled this election campaign in the United States. Takes into account that the policy of Obama is due to shape events that have occurred in the last few months. So the agenda of Obama is clearly intertwined with the economic crisis in place. So, inevitably, will be very different from the issues that have been developed during the election campaign. Then there are important insights into the work of Talbott. 'Obamanomics' work is important because it helps us to understand what kind of social bloc that supports Obama and how can this great political change in the years to come".
What will be the relationship between Obama and lobbyists who have argued during the election campaign?
"It is not easy to answer. The lobbyists have argued that Obama is not easily identifiable as in the previous year. Obama's challenge is to change the social block of reference. This challenge has failed even to former Democratic President Bill Clinton. Obama could be the protagonist of this change".
Adopted the policy of tax cuts for Obama?
"I think this is the right way. Obama has to do things of this kind. Today, the U.S. needs the stimulus measures even if there are several things on which to focus. The first area to be addressed is that of housing and mortgages. The fall in house prices is 40 and 50%. In these conditions, the interventions made so far, which have lengthened the duration of the loans, rates have eased. These interventions are no longer sufficient. The State has the right of the renegotiation of the loans. This intervention is essential".
Obama has little time for its 'Obamanomics'?
"The time is short. Obama won the election when the crisis has had devastating effects on the economy. The causes of the crisis lie in the previous administration. There is still time to intervene even if the events are falling. We must be ready in the speeches. The important thing is that Obama is spending his proposals to Congress by February".
Pubblicato da Lanfranco Palazzolo a 12:58 Nessun commento: