Here's how the left has destroyed the University of Siena

The University of Siena is on the verge of bankruptcy due to the management of power exercised by this university on the political left. He told the "Voice" of the PDL Senator Paolo Amato.
Senator Amato, what is happening at the University of Siena, which has always been considered a stronghold of the left?
"What the University of Siena is a case of mismanagement of the Italian university system and the public money. In a region that has hardly ever known the alternation can be cases like that of the University of Siena. In this university have formed the real centers of power. The casual use of public resources has only served to build positions of power"
What are the elements to substantiate this claim?
"In recent months I have presented many questions about the University of Siena to the Education Minister Maria Stella Gelmini. In recent months we have found that the budget of the University of Siena has been virtually closed in red. In this dramatic situation of the budget are added to the controversy within the university. Last October there were elections to elect a new rector. The outgoing rector Silvano Focardi, opposite the hole in the accounts of the university, ran for cover, trying to design a recovery plan agreed with the Monte dei Paschi di Siena. The old rector Silvano Focardi presented its reorganization plan for the university as its electoral program. But the elections go wrong at the old rector. And in its place is elected his opponent, Angelo Riccaboni.
At that point there was a plot twist?
"The judiciary has launched an investigation immediately on the election of the new rector. There is even talk of electoral fraud. The serious situation of financial distress is also added to the controversy about the legitimacy of the rector in charge. In my opinion, the case of the University of Siena has become explosive".
What are the figures of the economic disruption of the University of Siena?
"To give the measure of the situation, the state contribution for the current expenditure of the university provides for only 2011, much of € 113 million. While staff costs of approximately € 137 million a year. In addition, the budget for 2011 in fact, sees a deficit of competence of some € 39 million, driven largely by a current account deficit of around 26 million €. We are facing a real failure. Given these figures, the university has acquired new properties and open university courses useless. The university reform was providential because it had the merit to cut many unnecessary costs".
Pubblicato da Lanfranco Palazzolo a 19:50 Nessun commento: 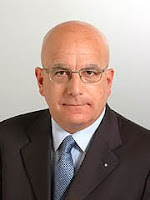 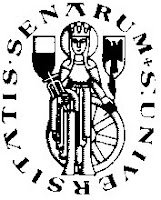